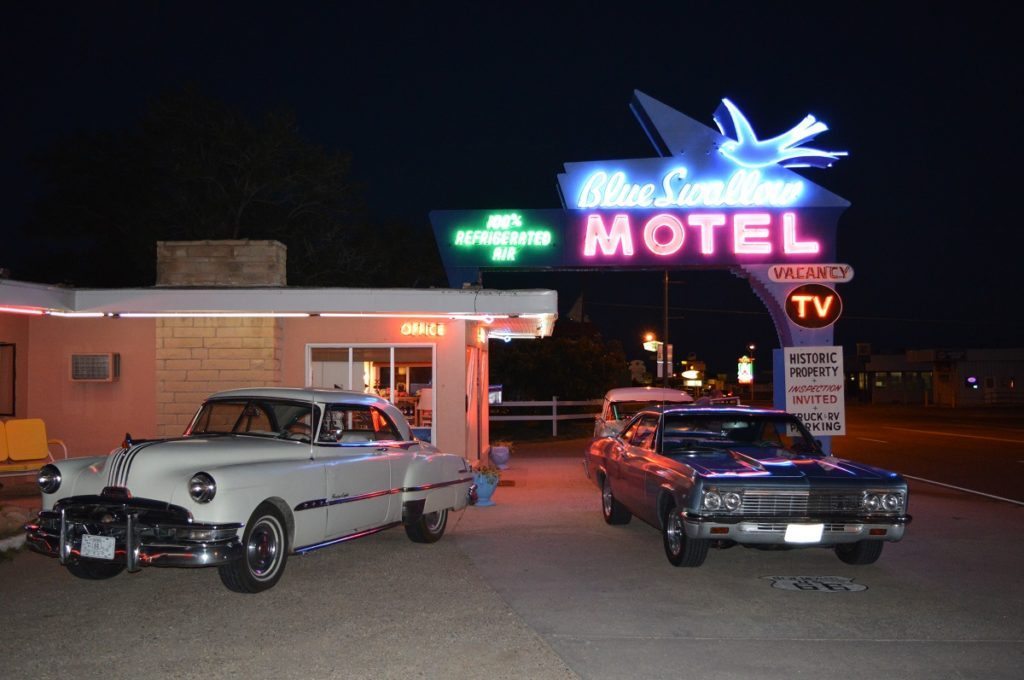 This is a customer review from the Sumner party who went on a Route 66 fly drive at the beginning of May 2016.

Our organised itinerary…………brilliant.  Thank you so much for all your help.

We met some lovely people as well.  The English accent almost gave us celebrity status.  The one moan I could think of was the signage of ‘old route 66’.  The signs quite often seemed to disappear, or were located after a junction or intersection, so a little bit of guess work was sometimes needed.  I later became aware that the signage has been added at extra cost by each individual state, so I shouldn’t moan really.  However the EZ book supplied helped to fill in the gaps.

We got to Santa Monica and spent a day on Ocean Avenue enjoying the sunshine & sea.  We stopped at a tourism kiosk just to check where the Route 66 end sign is now located (apparently it was knocked down a few years ago and re-located onto the pier), and when we said we had just completed the run we were offered a Certificate congratulating us on completing 66, issued by Santa Monica Travel & Tourism.  A suitable completion.

Once again, many thanks for all your help.