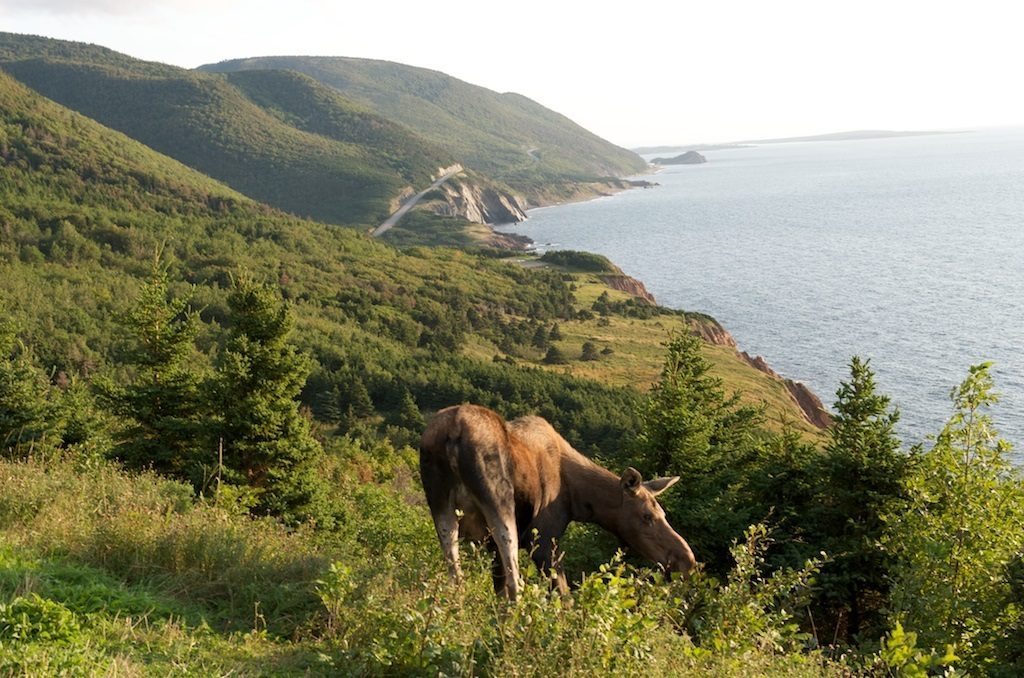 This is a customer review from the Thacker party who traveled on the Noble Nova Scotia fly drive at the beginning of September 2014.

Just to let you know that we had a fantastic holiday in Nova Scotia. It was even better than we had expected. The weather was great, only one drizzly day & some very heavy rain one night when we were at Truro.

We were also lucky in that the Fall had started a couple of weeks earlier than usual so we were able to see some fantastic reds on the maple trees. It was quite weird seeing a maple tree with half of the leaves green & the other half red. Although we have been to Canada twice before in September, we have never seen colours as vibrant as this time & it was wonderful.

From Halifax airport we caught the Metro X bus to Downtown Halifax which cost less than 6 dollars for both of us as against 63 dollars for a taxi. It worked really well as where the bus terminated was only 2 blocks from the Prince George hotel, which in turn was one block in front of where we collected the car We were lucky enough to get another free upgrade as there were no full size saloon cars available so we ended up with an SUV!

When we checked into the hotel, we discovered that they were celebrating the completion of a big refurbishment by having a party so there were free drinks & food for all the contractors & hotel guests. The staff really welcomed us, but then that is typical of Canadians.

All our accommodation was lovely. The Seawind Landing Country Inn was lovely & set in such a beautiful place off the beaten track. We loved it. The Keltic Lodge speaks for itself. Cape Breton Island is amazing. The Evergreen Inn at Antigonish is fabulous. Everything you could possibly want is there, even slippers. Very highly recommended. We loved Prince Edward Island. So different from Cape Breton. The Bakers Chest B&B at Bible Hill was also excellent. A very nice Dutch couple run it.

The only time we had a problem was when we left Halifax to drive towards Cape Breton Island. We crossed the Macdonald Bridge to take us out of Halifax, but got hopelessly lost for about an hour. After asking several people for directions which were getting more & more confusing, we met a builder who told us we were only about 10 minutes from the highway we needed & he gave us precise directions to get back on track! We have since been told that it can be tricky getting out of Halifax, which made us feel better. We don’t bother with Sat Nav as we like to find our own way.

So thank you for arranging another brilliant holiday for us. I think the next one may well be Newfoundland, so we had better start saving up.