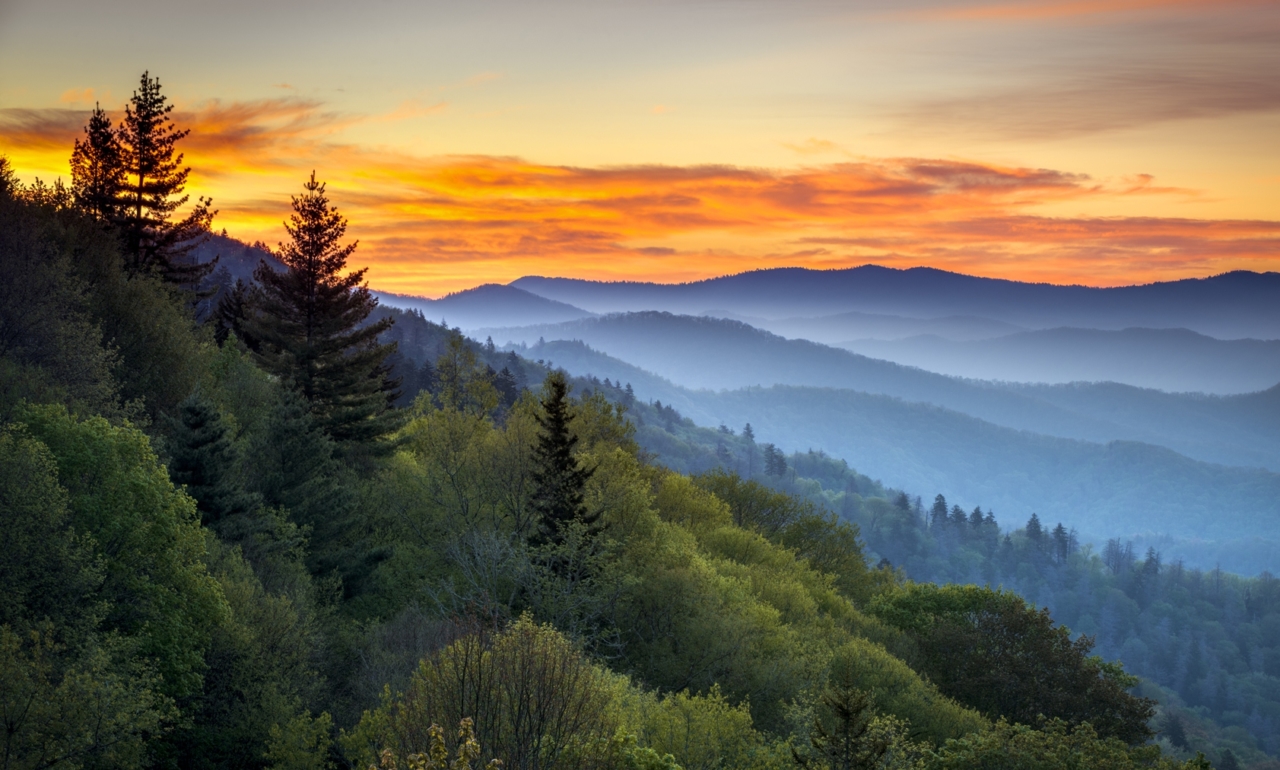 14 night fly drive from £2,999 per person
including flights, car rental and accommodation

Our preference is for non-stop British Airways flights where available from Heathrow.

Welcome to the USA and one of its busiest airports, collect your fully inclusive Compact sized car (upgrade options available) and transfer to your hotel in Atlanta the capital of the Peach State.  We recommend renting the Sat Nav system on offer making navigation on arrival to your overnight hotel a piece of cake.

Famous for its links with Margaret Mitchell’s classic Gone With the Wind, Atlanta rose from the ashes of the Civil War to become a commercial and financial giant of the Southeast. Host to the 1996 Centennial Olympic Games the city is also the birthplace of Martin Luther King, Jr and his birthplace along with the Ebenezer Baptist Church can be seen in the Sweet Auburn Historic District. Jimi Hendrix, Bobby Brown and Elton John have all called this sophisticated contemporary city home and highlights include the Carter Presidential Centre, the World of Coca Cola Pavilion and the CNN Centre, home of the largest TV network where a behind the scenes tour gives insight into the complexity of production required to put on a good show. Have a great evening in the city known as ‘The Big Peach’ as you choose from the abundance of superb restaurants and take in some of the many jazz bars.  Underground Atlanta sizzles at night or a short cab ride can get you to Blind Willies Bar for the best in blues, booze and Cajun food!

You can almost hear the music as you arrive in the attractive city of Macon home to Little Richard, Otis Redding, and the Allman Brothers, This is where James Brown recorded his first smash, the epoch-making “Please, Please, Please,” in an unlikely-looking mansion at 830 Mulberry St. There’s a bronze statue of Otis beside the Otis Redding Memorial Bridge and the lives of these great artists are celebrated in the Georgia Music Hall of Fame where Georgia musicians are recalled by displays including a gospel chapel, a rock’n’roll soda shop, and a country café. Exchange the sounds of music for the sound of the sea as you drive to a glittering jewel of the southeast coast, romantic Savannah

Regarded as one of the world’s most beautiful cities, Savannah has long been a beacon of civility, taste, and beauty along the meandering Georgia coastline. Founded in 1733 as England’s last colony by General James Oglethorpe the town was planned to centre on public squares and thanks to the efforts of Historic Foundation 20 of these remain, bordered by handsome town houses landscaped with live oaks, azaleas, fountains and statues. Cotton made Savannah prosperous and the city became a vital port when in 1754 the first ships were loaded with cotton to make their way across the ocean to England. Explore the restored waterfront where many old buildings have survived and been restored, including the Pirates’ House (1754), an old seaman’s inn mentioned in Stevenson’s Treasure Island. Savannah was once a favourite haunt of marauding bands of pirates as they pillaged the eastern coast of America and the Pirate’s House (now a popular restaurant) is reputed to have a tunnel that leads to the Savannah River through which pirates “shanghaied” drunken sailors onto their ships. In more recent times Savannah has become renowned as the location for the atmospheric book and film “Midnight in the Garden of Good & Evil” and you can see the Mercer House where the real life story of Billy Hansen’s murder played out and where the Hollywood movie was primarily filmed.

It’s a short drive to Hilton Head Island once the haunt of Indians, pirates, Spanish, French and English colonists and now an all year round resort bordered by one of the few unspoiled marine estuaries on America’s east coast. Two nights to relax and indulge yourself at your resort hotel ideally located on a pristine stretch of sugar white sand along the Atlantic Ocean. Here you’ll find 25 golf courses, 300 tennis courts, riding stables, hiking and bike trails as well as many wildlife preservation habitats. Get on a bike and feel the low country’s warm ocean breezes as you explore the area’s rich natural history and unparalleled natural beauty.

This morning to beautiful Beaufort, SC, a city of rich history, Southern hospitality and casual seaside charm. Known as the “Queen of the Carolina Sea Islands” Beaufort was discovered by the Spanish in 1514 and chartered by the British in 1711. Beaufort was also discovered by Hollywood and three of the most popular and celebrated films in Hollywood history were filmed in and around the town: “The Big Chill” (1983), “The Prince of Tides” (1989), and “Forrest Gump” (2001). A trip to Beaufort is like a step back in time and we recommend a 50 minute narrated horse drawn carriage ride through the narrow streets of the historic district with its magnificent antebellum houses; be drawn in by the history, culture and elegance of this beautiful city by the sea. Time to dally here as it’s only 1.5 hours drive to Charleston one of the country’s most delightful towns and the cradle of Southern gentility.

Charleston has miles of restored historic structures and is renowned for its fancy wrought-iron work and splendid antebellum architecture. To fully understand and appreciate all of the history and beauty of the city we highly recommend joining one of the many narrated coach or trolley tours. If shopping is one of your passions visit Charleston Market which features an amazing variety of quaint shops and open-air vendors. You’ll discover an enticing selection of gifts, handcrafted items and merchandise unique to the Charleston area. For a complete plantation experience stroll through the gorgeous flora and fauna at Magnolia Plantation and Gardens on Route 4, Highway 61 just 13 miles from the city centre. Another popular trip is a boat cruise through Charleston Harbor to Fort Sumter, where the first shots of the Civil War were fired.

Take the coastal route this morning passing the lush landscape of 250,000 acre Francis Marion National Forest and on to Myrtle Beach with its 60 miles of shimmering sands and the best golf courses in the south. Crossing the border into North Carolina it’s just under two hours drive to the port city of Wilmington. The city is situated on the Cape Fear Headland, so named by 16th Century English sailors frightened of shipwreck, and was once the headquarters of Lord Cornwallis during the Revolutionary War and a principal port for the Confederacy during the Civil War

Eleven miles away from Wilmington the “Surf is Up” at Wrightsville Beach named as one of the world’s best surf towns by National Geographic and a popular destination for all sorts of water activities.

Naturally the primary attraction of Wrightsville is the pure white sand of beach itself while historic cottages and beautiful marshes are all part of the scenery. There are protected areas for swimming in sparkling water, and other activities such as fishing from the surf, sailing, diving and skiing while great food is right around the corner with a colourful menu of dining experiences unlike any place on the North Carolina coast.

There’s a direct route of 199 miles to Charlotte but you may wish to add the extra 90 miles to visit either Durham or Raleigh. Durham is the home of Duke University with its late-Gothic Revival buildings, Duke Chapel housing a 5,200 pipe organ and the 55 acre Sarah Duke Gardens. Raleigh the state capitol is overflowing with history, culture and natural beauty. The State Capitol in Capitol Square is a National Historic Landmark while the Executive Mansion was once described by President Franklin D Roosevelt as “the most beautiful governor’s residence in America”

The final destination of your Southern Hospitality tour is the charming town of Asheville nestled amongst the Blue Ridge Mountains and the ideal base for exploring the Great Smoky Mountains National Park. Before entering the town stop at Black Mountain known as the area’s antique capitol where colourful Cherry Street and the adjoining blocks are a shopper’s paradise.

Take time to visit the nearby Biltmore Estate and Biltmore House for a fascinating experience. Biltmore House itself was built at the end of the 19th Century by George Washington Vanderbilt and is surrounded by 8,000 acres, 40 of which are the gardens designed by Frederick Law Olmsted who also planned New York’s Central Park. The 250-room chateau is as impressive today as it was more than a century ago, truly an architectural and historical wonder, and you can take a self-guided tour before exploring the acres of beautiful gardens and grounds. Spend a day exploring the “Smokies” with beautiful panoramas and scenic drives. The Great Smoky Mountains are the most massive uplifts in the East and one of the oldest land areas on earth, the blue, smoke like haze hanging over the peaks giving the region its name. Among the highlights is Chimney Rock Park where by a 26 story elevator inside the mountain you can reach the top of the peak for a spectacular view and a one of a kind experience while the Blue Ridge Parkway (part of the U.S. National Park Service) offers plenty of spots for roadside picnics breath-taking vistas, easy to difficult hiking and a reprieve from commercialism. There is no admission fee and most of the things to do along the way are free. It’s definitely a romantic drive, and one of the most scenic routes in America.

Start out this morning for a straight forward 3.5 – 4 hour drive to reach Atlanta for your evening flight home to the UK. Car rental return is quick and easy and we suggest you check-in online if possible 24 hours prior to departure to speed your arrival through the airport.

Based on low season travel for 2 people

For all of the above reasons, please speak to our experienced team who can offer relevant advice on seasonal variations and create a personalised itinerary and costing for your specific dates.

Prices from
Premium/World Traveller Plus: £265 each way
Business/Club Class: £1,249 each way 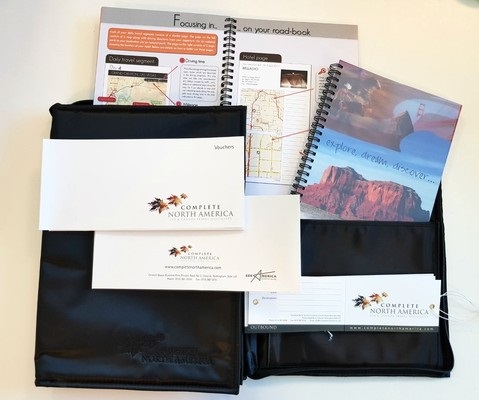 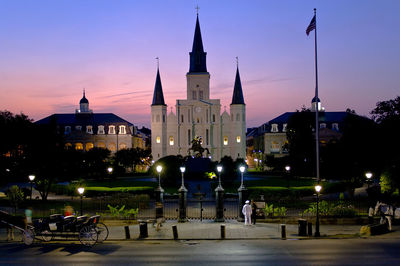 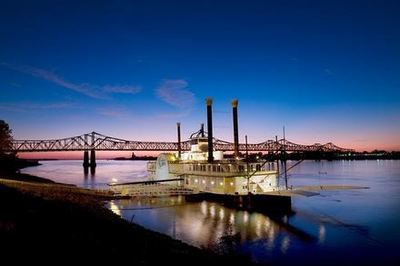