Starting off in Vancouver, we have included a complimentary 3 night stay at the Pan Pacific Hotel to begin your holiday in style. You’ll then leave the British Columbia coast before travelling through the fjords of Alaska for 7 nights aboard the 6 star Seven Seas Mariner seeing the best of the beautiful Alaskan coastline whilst remaining in pure, unadulterated opulence. Your holiday will finish with two complimentary hotel nights at the Hotel Captain Cook in Anchorage. 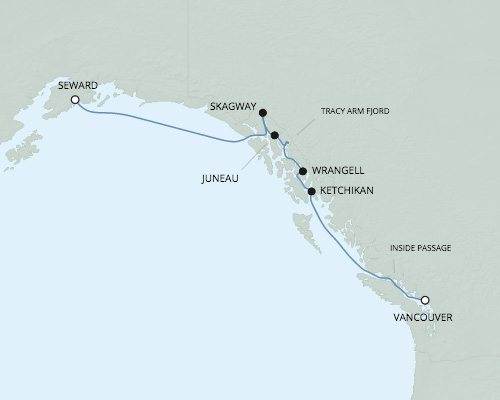 Regent are recognized as one of the world’s premier luxury lines with features such as 6-star ships, all-suite, all-balcony with superior space and service ratios, and complimentary drinks.

However, even more compelling than the quality of the ships is the adventurous spirit of RSSC – the imaginative itineraries, unique shore excursions and land tours, and the other innovative services that are on offer for discerning guests.

Upon arrival into Vancouver take a private transfer (included) toyour hotel. Balance of day at leisure.

“Gassy Jack” Deighton saw a chance to make money from the miners on their way to the Yukon and the saloon he built became the focus of the shanty town known as Gas Town. From here, modern Vancouver was born – Canada’s third largest city. The government persuaded the settlers to change the name of the town to Vancouver, after Captain George Vancouver, who sailed the area’s waters in 1792. Today Vancouver offers travelers tram rides to the top of Grouse Mountain, the lovely Ming Dynasty Gardens, historic Gas Town and picturesque Stanley Park.

Today is free to enjoy the sights of the city. Canada’s third-largest metropolitan centre, Vancouver is a busy port with a thriving multicultural ambiance. The city is located in a spectacular setting with the Coast Mountains across the Burrard Inlet to the north, and the waters of the Strait of Georgia to the west. Restaurants, shopping, nightlife, a mild climate and a cosmopolitan atmosphere make Vancouver a favourite tourist destination. Among optional activities are Hop-on/hop off sightseeing, a Vancouver City & the Lookout tour and a Guilty Pleasures Gourmet tour (activities not included).

The day is free to explore Vancouver on your own before your cruise departs at 5pm. We highly recommend taking the sightseeing tour of the North Shore in the morning (not included) which will take you from sea level to 1,250 metres above Vancouver for breathtaking views of the city, the ocean and the surrounding mountains before embarking on your cruise.

Ketchikan, on the southwest side of Revillagigedo Island, grew up around salmon canneries and sawmills. Ketchikan’s name supposedly comes from the native term “Katch Kanna”, which roughly translates: “spread wings of a thundering eagle.” At one time Ketchikan was proclaimed the “Salmon Capital of the World.” An outstanding collection of totem poles make a visit to Ketchikan essential for anyone interested in Native art. Travelers flock to Ketchikan for their first look at the North Country, and are rarely disappointed.

In 1880, Joe Juneau and Richard Harris were prospecting for gold with the help of Indian guides. Here they discovered nuggets “as large as beans” at the mouth of the aptly named Gold Creek. Out of their discoveries came three of the largest gold digs in the world where more than $150 million in gold was mined. Juneau’s surrounding beauty and natural wonders have attracted cruise ship travelers for over a century, with steamship companies bringing tourists here since the early 1880’s.

Skagua, as it is known by the Tlingit, means” windy place.” Skagway, a place of many names, and much history is the northern terminus of the Alaska Marine Highway. It was known to thousands of hopeful gold rushers as the gateway to the gold fields. Skagway retains the flavor of the gold rush era and the character of such colorful inhabitants as Soapy Smith “King of the Frontier Con Men”; especially on Broadway, with its false-front buildings, and in the Trail of ‘98 Museum, with its outstanding collection of gold fever memorabilia.

Founded by Russian fur traders as New Archangel in 1799, Sitka was the historic center of Russia’s Alaskan empire. The Russian flag was replaced by the Stars and Stripes when the United States purchased the Alaska territory in 1867. Today, picturesque Sitka, is known for its fishing industry, an annual summer classical music festival and, of course, its many historic visitor attractions. On a clear day Sitka, the only city in southeast Alaska that actually fronts the Pacific Ocean, rivals Juneau for the sheer beauty of its surroundings.

Seward was originally founded in 1903 as the southern terminus for the Alaska Railroad, a distinction it still holds today. The picturesque harbor with its colorful wood-frame houses and background of soaring cliffs looks out on Resurrection Bay, so named by a band of Russians explorers who found this calm spot along the storm-tossed Gulf of Alaska on Easter Sunday. From downtown Anchorage you can view two active volcanoes, the highest point on the continent of North America (Mount McKinley), and six major mountain ranges.

Today is yours to explore Alaska’s largest city. Go shopping, visit the Alaska Native Heritage Center or Anchorage Museum, or take a hike or bike ride in one of Anchorage’s many parks. 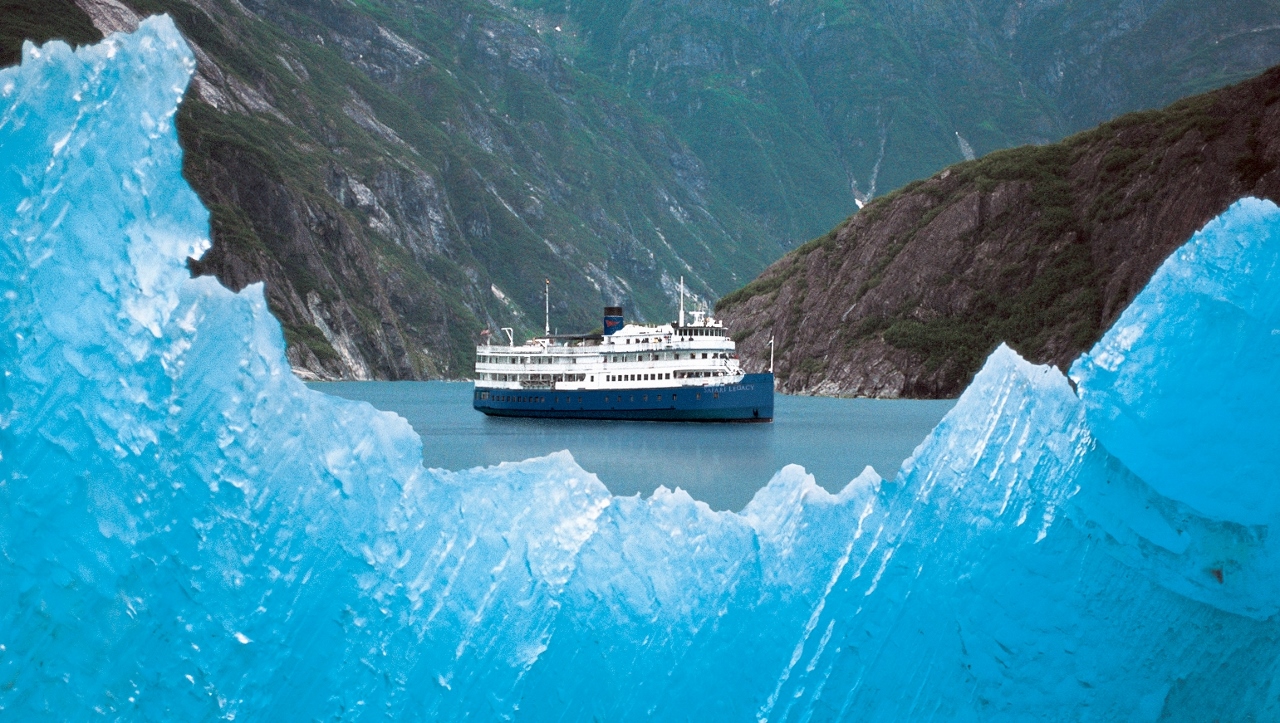 A 15 night Alaska cruise with a constant eye on treading lightly, on a small boat to introduce adventurers to places, encounters, and activities sure to leave a lasting impression in each person’s life. 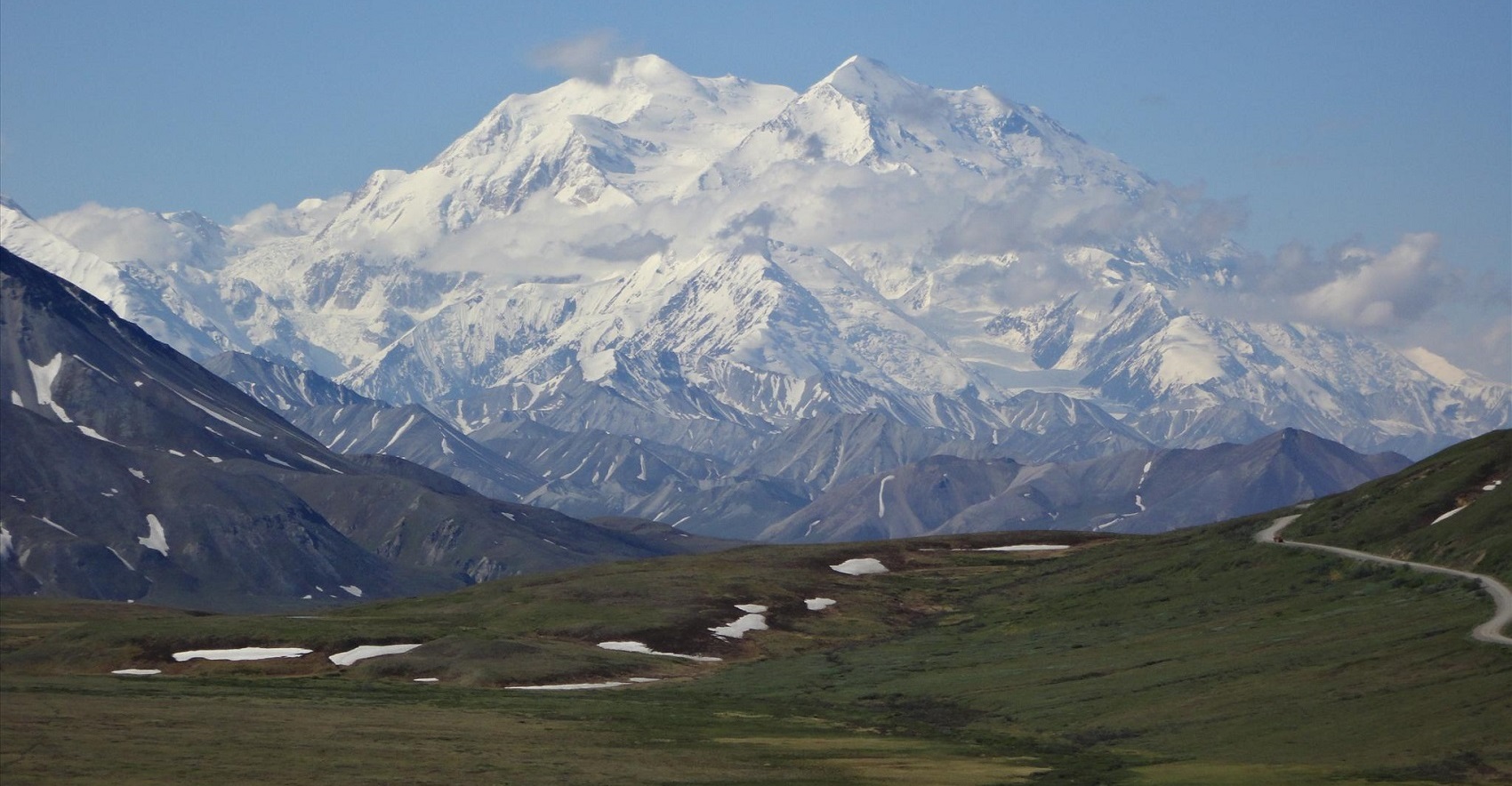 The beauty and awe of Denali, a Fjord cruise in Seward, humpback whales and sea lions in Valdez, a seaplane ride in Chitina, this 14 night fly drive is a superb way to see the best Alaska has to offer with great contrast and variety.

Alaska is quite unique and rightly so appeals to many of us for its rugged unspoilt beauty and abundance of wildlife that we very rarely see in our lifetimes.

“This was a holiday like no other, flawlessly put together by CNA. Thank you again Alistair, Kerry and everyone involved in planning another perfect holiday for Jonathan and myself”

“The optional tours were all excellent; the accommodation was perfectly fine; and the itinerary was exactly right to make the most of Alaska in the time we had available”