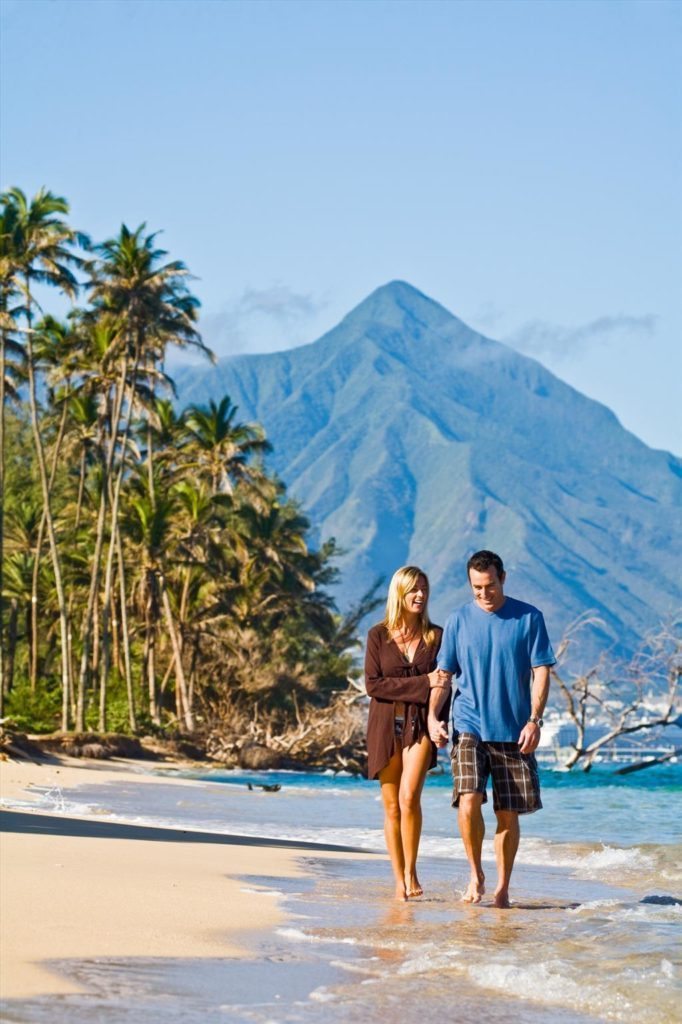 03 NovWhich Hawaiian Island is best for you and why?

Our experienced, well travelled staff at Complete North America find out which Hawaiian Island is best for you and your taste! Whether you enjoy relaxing on a deserted beach, dancing the night away on the town or coming face-to-face with a live volcano, Hawaii’s islands have everything you need to have a perfect holiday. We have two great itineraries to offer, the Hawaii Island Hopper and Hawaii, San Francisco & Las Vegas. If you want something a bit different, just let us know – we’re as flexible as you want to be! Stunning mountain scenery, a majestic food scene and a fascinating, vibrant culture, Hawaii really does have it all!

Bigger than all of the other islands put together Hawaii’s Big Island has something for everyone. Known mainly for its culture, wildlife and hiking, Big Island also offers up some wonderful beaches (though you’d have to head to Maui, Lanai, Kauai or Oahu for the best one’s). Hawaii Island is more for those looking for a bit of adventure, to experience the likes of Kilauea (third photo below) – Earth’s most active volcano – with its icy waterfall pools and lava flows that crash against the rainforest, and to enjoy the extensive wildlife like the sea turtles, the horseback riding, spinner dolphins and humpback whales. Full of parks, museums, art galleries and the like too, for those who are going to Hawaii for the first time, then we’d definitely recommend heading to the Big Island to experience a bit of everything.

The second largest of Hawaii’s seven inhabited islands, Maui is home to some of the most magnificent coastlines in the world with beaches for every kind of mood; from world class surfing and snorkeling spots, to heavenly hidden gems where you can relax in pure, unadulterated bliss. Commonly seen as having the must luxurious resorts, Maui also offers some of the best luaus in Hawaii which offer fantastic food, beautiful sunset views and spectacular, typical-Hawaii hula shows. And if you’re looking for activity, Maui also has some of Hawaii’s best hiking trails taking you past spectacular waterfalls, upon the historic town of Lahaina, through glorious bamboo forests, across ridgetops and even to a wonderful volcanic national park. Maui is an island of great contrasts and luxury.

Home to the state’s largest city and capital Honolulu, Oahu is by far Hawaii’s busiest and most vibrant island with almost three quarters of the population living on the third biggest Hawaiian island. Known for its nightlife, vast entertainment, museums, historical monuments and spectacular beaches, Oahu also houses the must-visit Pearl Harbor and the world-famous Waikiki beach. Oahu is definitely more for those who want to combine the concrete jungle of downtown Honololu with the Polynesian surroundings that Hawaii naturally offers, but there’s more to Oahu than just the city. Oahu also offers up some magnificent food from Hawaii’s star chefs, all situated on the island, and beaches such as North Shore where you’ll be able to ride ‘the perfect wave’ plus don’t forget about the ‘Stairway to Heaven’ – the Haiku stairs (second photo below)! Though there are quiet, relaxing parts of Oahu too, this island is more for those looking for a vibrant, social holiday.

Quiet and laid back, Kauai offers a completely different experience to the above Oahu, that’s what makes our Hawaii Island Hopper itinerary so great where you can experience Kauai, Oahu and Maui all in one 14 night holiday. Kauai has some beautiful landscapes and beaches, and compared to Oahu where the population is near 1 million, Kauai has less than 100,000 residents and is of approximately the same size which gives the mostly rural island such a relaxing vibe. Waimea Canyon (third photo below), nicknamed the ‘Grand Canyon of the Pacific’ is of course a must visit, as are the dramatic coastal cliffs and the wonderful waterfalls. Relax and get away from it all in Kauai!

Half the size of Kauai and with just 10% of the population, Molokai doesn’t advertise itself as a tourism hot-spot and is the one least commercialised Hawaiian Islands which makes the stay here even more natural and genuine. With almost half of the population being indigenous Native Hawaiian’s, Molokai island has tried to preserve its connection with the past and some people even go as far as describing the island as how Hawaii was 50 years ago, which makes visiting such a fascinating experience. Molokai also offers some wonderful coastlines and if you go, you just have to check out the Halawa Valley (third photo below).

The final visitable island for tourists (apart from limited short visits to Nihau), Lanai feels like the most remote of the Hawaiian Islands, like an isolated treasure with only views of the other islands reminding you that you’re not quite alone. Lanai’s nickname is ‘The Pineapple Isle’ because nearly the whole island was planted with pineapples, but even though the crops are gone, the history remains with the vintage plantation town of Lanai City giving the place a timeless feel. Lanai also offers some of Hawaii’s best snorkeling spots with some fantastic beaches to boot including the main attraction, Hulupoe Beach (second photo below), while there also are some luxury resorts in Hulopoe Bay and Lanai City. Along with some fascinating rock formations and some great terrain for 4×4 drives and horseback riding, Lanai has a lot to offer for such a little, remote island.

Click here to visit our Hawaii holidays, click here to enquire or give us a call on 0115 9610590 to book your Hawaiian getaway now! Remember we’re as flexible as you want to be!