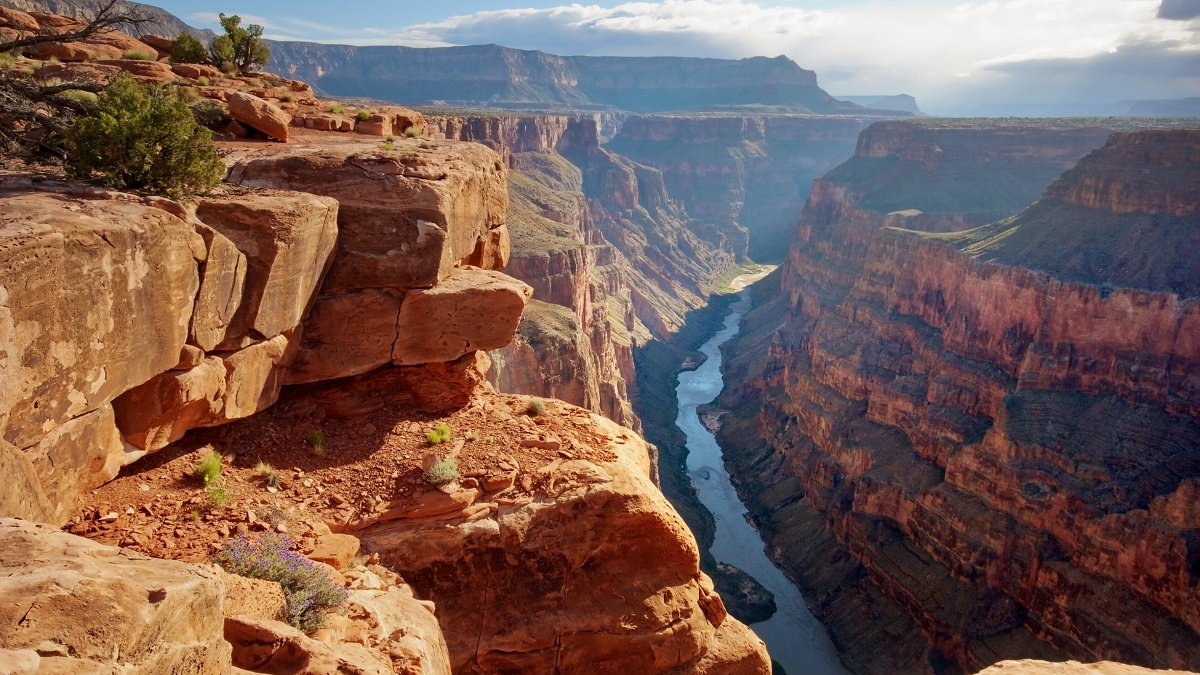 An exhilarating cross-country American adventure where you will explore exciting, bustling cities, inspirational landscapes and diverse cultures that will be sure to be a once-in-a-lifetime experience of the USA.

Experience some of the most famous cities in America, as we travel from east to west. See the capital of Washington D.C., celebrated Chicago, lively Las Vegas and the luxurious Los Angeles.

In contrast, we then see some spectacular sights, including Niagara Falls, Mount Rushmore, Yellowstone National Park, the Grand Canyon and the beautiful beaches of Santa Barbara, all making for the ultimate American adventure.

Arrive in New York City and transfer independently to your hotel where you will meet with your Tour Director in the evening.

We depart New York for Philadelphia, where we spend the morning exploring the historic district of the “City of Brotherly Love” and the birthplace of a nation. See the Liberty Bell, and stroll through Independence National Historic Park and Mall. Then continue to the nation’s capital, Washington, D.C.

Enjoy a city tour with such highlights as the U.S. Capitol Building, Washington Monument, Lincoln Memorial, the White House and Arlington National Cemetery, site of the John F. Kennedy Memorial. Spend the remainder of the day exploring some of the many museums comprising the Smithsonian Institute or simply stroll the banks of the Potomac River.

Today, visit Gettysburg National Military Park, site of one of the most decisive battles during the American Civil War, and the place where Abraham Lincoln gave his famous address in 1863. We then travel through upstate New York to Buffalo and finally cross the international border into Canada, where the thundering noise and mist of Niagara Falls permeates the air.

Spend the morning sightseeing at Niagara Falls. Stroll along Table Rock and view the thundering waters of Horseshoe Falls. In the late afternoon, return to the US, crossing the border and continuing to your hotel in a suburb of Detroit, known as ‘Motor City’. Evening is at leisure.

This morning we make an early start to visit the fascinating Henry Ford Museum. After time exploring the many exhibits of the museum we will visit the nearby Ford plant and watch a modern production vehicle roll off the ever busy factory floor. We then leave Motor city behind and travel along Lake Michigan to Chicago for our overnight stay.

Today we will enjoy a short tour of the city’s highlights including Lake Shore Drive, the Magnificent Mile and Navy Pier. The rest of the day is at leisure.

Travel through Midwest farm country, abundant in corn fields, wheat fields and dairy farms. Then we cross the mighty Mississippi River and travel into the state of Iowa to arrive just as Lewis and Clark did 200 years ago on the banks of the Missouri River.

Travel westward through the grasslands of South Dakota and onwards to Badlands National Park, once home to the buffalo and antelope, and filled with colourful rock formations. Then we continue on to the Black Hills, sacred to the Plains Indians and home to Mount Rushmore.

Enter the state of Wyoming, which has twelve mountain ranges intermixed with deserts and rolling grasslands, and continue to Cody for the night. If overnight in Cody is not possible due to weather or adverse road conditions in Yellowstone, overnight will be in Billings Livingston, Montana.

Travel through Grand Teton National Park (weather permitting) and see awesome mountain peaks towering over 13,000 ft. Visit the Snake River Outlook and try your eye at capturing the stunning landscape made famous by Ansel Adam’s iconic shot. Later, arrive in the Mormon State of Utah and take a short city tour of its capital, Salt Lake City. The followers of Brigham Young built one of the best-planned cities in the country. See the State Capital building and visit famed Temple Square and the Tabernacle before arriving at the hotel for the evening.

Continue today to spectacular Bryce Canyon, where a tour through a multi-coloured world of sandstone spires and pinnacles, “hoodoos”, will dazzle the eye. This evening, weather permitting, be sure to gaze upon the spectacular night sky filled with sparkling stars & brilliant constellations and the aroma of pine-wood campfires.

Depart Bryce Canyon this morning and journey to stunning Lake Powell, where crystal blue water laps against towering red-rock canyon walls. Lake Powell is the second-largest man made lake in America, and one in a series of lakes formed by the damming of the Colorado River. Then visit colossal Grand Canyon National Park, one of the seven great natural wonders of the world. Stop at the Canyon rim to fully experience this mile-deep canyon’s plunging gorges, rising spires, extinct volcanoes and, below the rim, the winding Colorado River. Overnight in Flagstaff, a famed stop on Historic Route 66.

This morning depart Flagstaff and travel on to Las Vegas, the dazzling “Entertainment Capital of the World”. Along the way, pass through Seligman, a town built along the famed Route 66 that looks as if it were frozen in time sixty years ago. The remainder of the day is at leisure for you to explore the dazzling Las Vegas Strip.

Travel to Los Angeles through the Mojave Desert, where clusters of unique Joshua trees dot the mountainous landscape. Upon arrival in Los Angeles you will enjoy a tour through the “City of Angels” including Hollywood, Sunset Strip and parts of Beverly Hills, before reaching your hotel.

Today we suggest an optional full-day tour visiting the world’s largest movie studio and theme park Universal Studios. Get an inside look at the sets and uncover the behind the scenes secrets of legendary films or perhaps, for the more adventurous, take one of the Studios’ feature rides including Jurassic Park and Revenge of the Mummy. A universe of excitement awaits in one of California’s premier attractions.

Leave Los Angeles in the morning and travel north through one of California’s favourite vacation spots, Santa Barbara, where palm-lined walkways border white sandy beaches. The city is famous for its mission and Spanish heritage. Along the way, stop at an iconic California lifeguard tower made famous in ‘Baywatch’.

Today we make our way north to Carmel, home of actor/director Clint Eastwood. Enjoy browsing the shops and galleries of this famous artists’ colony. Travelling further north, visit Monterey’s Old Fisherman’s Wharf. Stroll the Pier to Cannery Row, brought to fame by John Steinbeck’s novel. In the afternoon pass the fertile valleys of Castroville and Santa Clara en route to San Francisco, the “City by the Bay.” Tour concludes upon arrival at the hotel

Transfer independently to the airport for your return flight or consider our add-on package to Hawaii (details shown below) which can all be customised to suit you.

We can also provide assistance with booking discounted transport from your hotel to the airport.

Add to basic price from Single £1,370 / Double £1,010pp
Fly to the islands of Aloha! Our add-on packages include trans-pacific flights. transfers and a traditional ‘Lei flower greeting’. Choose from the vibrancy of Waikiki Beach or the more laid back tropical ‘Valley Isle’ of Maui with arguably the best beaches in the world.

Whatever your preference we can make it happen with deals at a choice of hotels and special upgrade rates to full ocean view rooms. Additional tours can be arranged to see such attractions as the Pearl Harbour Museum. 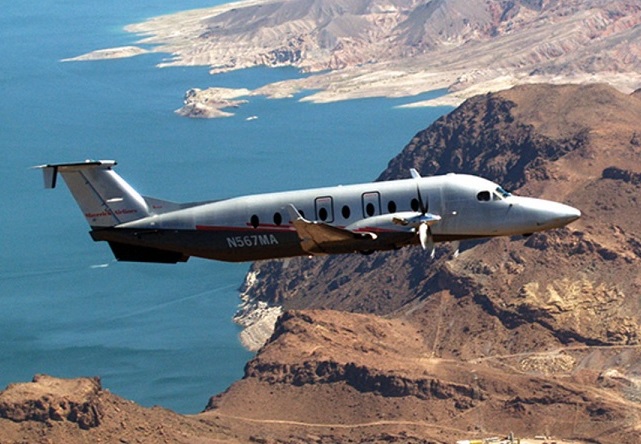 Wings Over The West Flight Tour 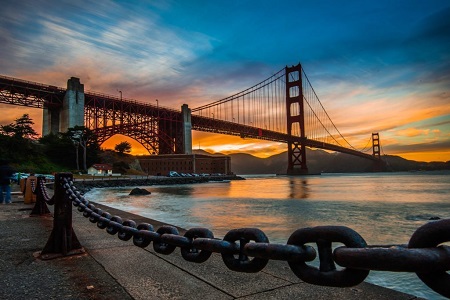