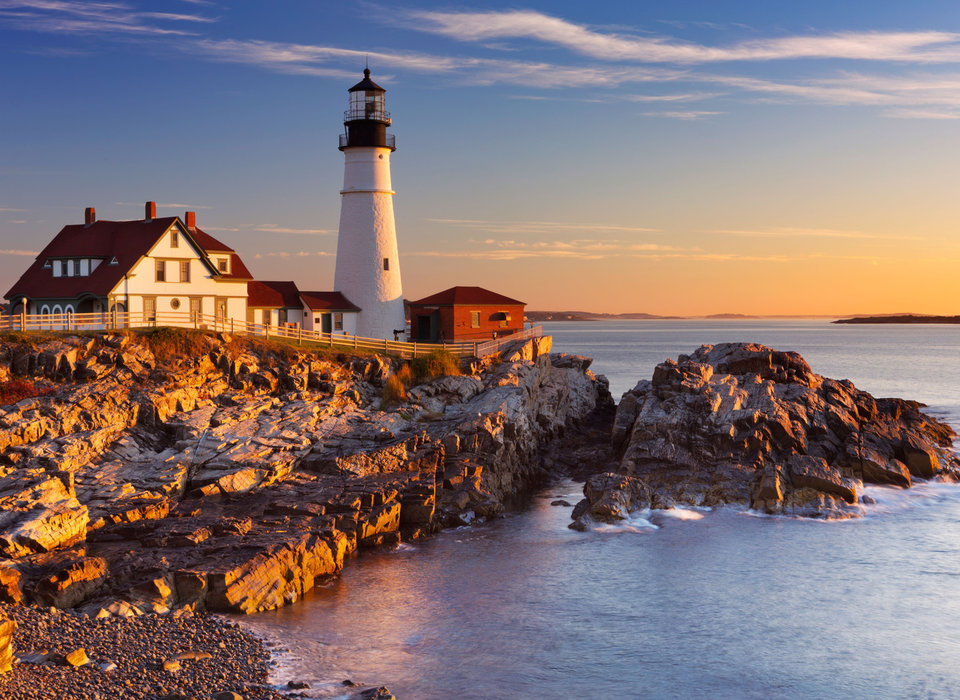 A unique opportunity to take in New England’s fascinating history and breath-taking scenery as you sample it’s world-famous breweries on this eight day tour itinerary.

Take in Maine before viewing the mountains and rolling hills of New Hampshire and Vermont – all the while experiencing the very best of the craft beer scene. 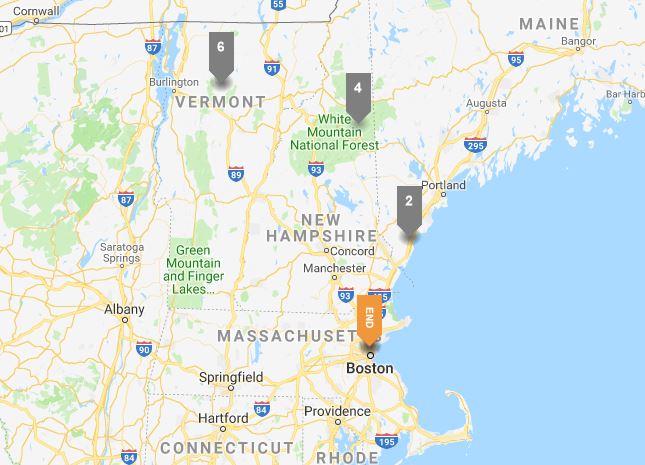 Take it as you see it or change it to suit. All C.N.A. holidays can be tailored to suit your own tastes & budget.

All our holidays offer complete financial protection and you will receive a uniquely personalised travelling pack to ensure you get the most from your adventure.

Check-in to hotel and this evening mingle with other group members at a meet and greet reception hosted by our guide, a beer aficionado and destination specialist. We’ll be given an introduction to our 8-day exploration of New England. From the historic streets of Boston, to the breathtaking beauty of Maine’s rocky coastline and the awe-inspiring mountains of New Hampshire and Vermont, and we’ll taste the holy grails of craft beer in each region.

This morning we’ll take an orientation tour of Boston’s historic Freedom Trail, architecturally significant Back Bay, and bustling waterfront. Boston continues to be an important centre of commerce, technology and the arts for both the region and the country.

We then head north to Portsmouth, a port city with cobblestoned streets, a downtown filled with charming shops and restaurants, significant examples of Colonial, Georgian, and Federal style houses, and brewers who continue New England’s rich beer-making history. And, like a true New Englander, the beers brewed here are approachable, dependable and impervious to trends. After a tour and tastings we’ll continue along the coast to Ogunquit, a popular beach resort whose name means “beautiful place by the sea”.

Upon arrival, we’ll gather for tastings of some of the most unique and flavorful craft beers in the region.

We’ll start the day with a walk on the Marginal Way, a mile-long, paved foot path along the rocky coast with picture-perfect views worthy of any photography book.

Upon reaching Perkins Cove, board a lobster boat for a one-hour cruise to see traps hauled and lobsters caught by authentic Maine lobstermen. The tour guide will provide a detailed explanation of the lobster fishery and the many scenic points of interest along the way.

This afternoon we’ll travel to Portland, where historical homes and maritime museums chronicle the emergence of the area from a trading and fishing settlement into one of the nation’s most active seaports. It’s also been ranked #1 craft beer city in the world by Matador Network. With a population of 200,000, this old port city with a young vibe is home to 19 craft brewing companies and an additional 15 craft brew pubs. We’ll visit ones that interpret historic styles with unique twists.

After a stop in Kennebunkport, we’ll return to Ogunquit.

This morning we’ll travel through the lakes region and into the White Mountains of New Hampshire.

A ride on the Cog Railway takes us to the summit of Mt. Washington, the eastern seaboard’s tallest peak . The Cog is the world’s first mountain-climbing railway and a National Historic Engineering Landmark. On a clear day, the view extends all the way to the Atlantic Ocean.

Spend time in North Conway for shopping at its famous tax-free outlets or relax at one of its local pubs.

Today we drive along the Kancamagus Highway, a 55 km long two-lane road, considered one of the most scenic drives in the region. It has been designated a National Scenic Byway by the US Department of Transportation.

Cross over the border into Vermont, regularly ranked near the top of the list as having the most number of breweries per capita in the country. We’ll taste our way to Stowe, a charming resort town at the base of Mt. Mansfield.

The choice of activity is yours this morning. You can enjoy a guided, relaxed hike through the through serene woodlands with spectacular views of Mount Mansfield and Smugglers Notch keeping the camera at the ready to capture pictures of wildlife and beautiful scenery. Or see firsthand what makes Vermont such a special place by cycling the amazing remote back roads, and low traffic paved roads,

After an included lunch we’ll follow Vermont’s IPA Highway to some of the state’s most sought-after breweries renowned for their India Pale Ale (IPA) and in between there’s lots of scenery and quintessential New England places to stop.

We’ll make a short stop in Woodstock, named “the prettiest small town in America” by Yankee Magazine, while en route to Boston.

Upon arrival, we’ll visit the Grand-daddy of the craft brew movement in America—the Boston Beer Co, makers of Sam Adams. While some may argue it’s no longer a craft brewery, the tour and tastings of some of their more unique brews are worth the visit.

This morning the choice is yours once again. You may board a half-day whale-watching cruise. Naturalists narrate as you cruise to Stellwagen Bank Marine Sanctuary, a feeding ground for whales, dolphins, sea birds, and more. Or visit the John F. Kennedy Library & Museum, the repository of personal and political memorabilia of our 35th President. Exhibits include the presidential campaign of 1960 and New Frontier, the Oval Office, the life of First Lady Jacqueline Bouvier Kennedy; and photographs and momentos from the Kennedy family .

After return to port late afternoon, transfer to your hotel or Boston’s airport.

*Similar hotels may be substituted on specific dates 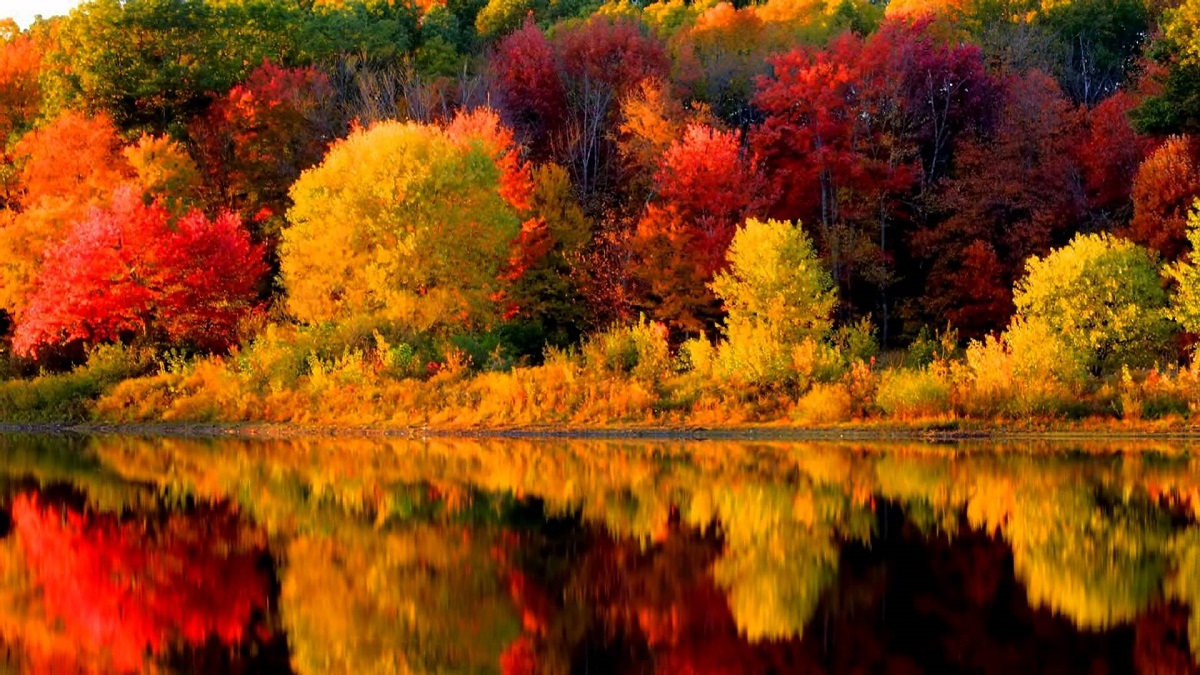 It was in these picture-perfect maple and cedar forests of New England that pilgrims, and later revolutionaries, sought sanctuary. As autumn arrives, you too can admire the fiery red, orange and yellow flames of fall foliage on a scenic journey from Boston to the rocky Atlantic headlands of Maine. 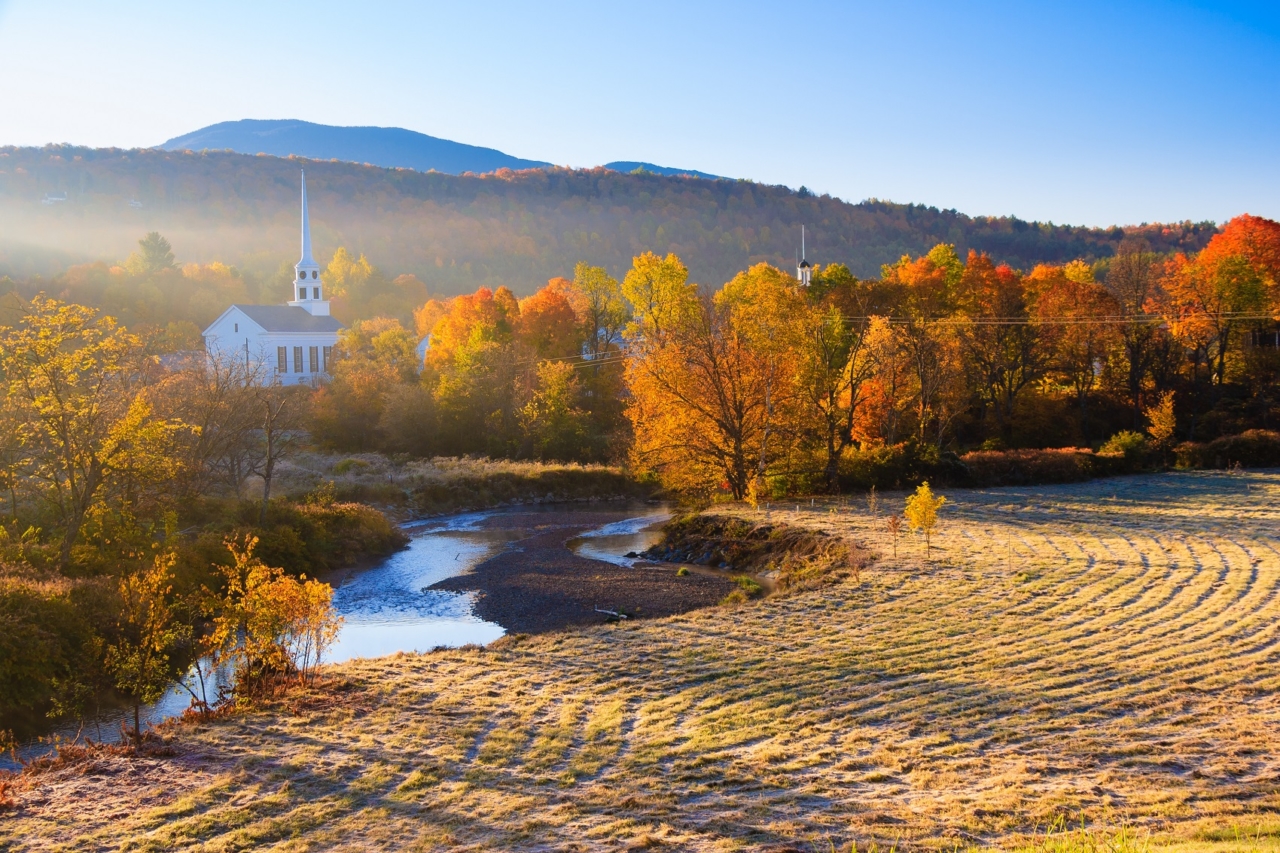 Let us take you from your front door to discover the beauty of the spectacular New England fall foliage.

Do I need a visa to travel to the usa?

In most circumstances, no visa is required for travel to the USA for any British Citizen passport holder and many other European passport holders, whose countries qualify for the Visa Waiver Program (VWP). This program permits entry for up to 90 days for business or leisure purposes. Everyone must apply to use the VWP via the online Electronic System of Travel Authorization (ESTA).  Advice states this should be done online at least 72 hours prior to departure. On payment of the $14 fee this system usually issues an electronic confirmation within minutes but this is not guaranteed and there are certain criteria travellers must consider before applying via ESTA to use the Visa Waiver Program. Once granted the VWP authorization is valid for 2 years.

Please note : From 21st January 2016 The United States implemented changes to the Visa Waiver Program (VWP) as part of the Terrorist Travel Protection Act of 2015. One of the major changes implemented in January excludes any British National who has travelled to Iran, Iraq, Libya, Somalia, Sudan, Syria, or Yemen since March 01st 2011 from using the Visa Waiver Program (VWP). Full details are contained on the above link but those affected will need to apply for a Visitor Visa with the U.S. Embassy before booking their travel arrangements.

You are advised to complete your ESTA prior to confirming any travel arrangements.

Complete North America Limited cannot be held responsible for cancellation charges incurred by travellers who have booked travel and are subsequently unable to travel as part of the VWP or who are unable to obtain a Visitor Visa. If you have any questions after reading the information supplied above please speak to a member of our team.

Do I need a visa to travel to Canada?

British Nationals and travellers from other European countries can enjoy visa-exempt travel to and via Canada but must first use the online Electronic Travel Authorization (eTA) at a cost of CA$7.00 per person. Most online applications are approved with minutes by email but the process can take longer particularly if supporting documentation is requested. An eTA is valid for 5 years and allows you to travel for up to 6 months on any one visit.

You are advised to apply for your eTA prior to confirming any travel arrangements.

Complete North America Limited cannot be held responsible for cancellation charges incurred by travellers who have booked travel and are subsequently unable to travel as part of the eTA scheme or who are unable to obtain a Visitor Visa. If you have any questions after reading the information supplied above please speak to a member of our team.

Our holidays are too personalised and hand-crafted to book online. Please call during our office hours or provide us with some information below and we will get right on it so we can help you discover your next adventure.